One of my blogging goals for the New Year was to plan my posts ahead of time.  Today’s post was supposed to be a tour of my newly-finished basement.

But the Polar Vortex had a different plan.

Sensing that I was going to photograph my basement and draft my basement tour post over the weekend, it decided to swoop in with its bitterly cold air and turn Chi-town into “Chiberia” for a few days . . . and mess with my house.  (We’ll get to that.)

Since it was too cold to even leave the house during that time, I watched a lot of TV.  I saw no fewer than eighteen news stories about the chaos ensuing all over the city because of frozen and bursting pipes.  Because of this, my husband and I were on high alert.  We took precautions against frozen pipes like ensuring spigots to exterior faucets were off, letting faucets in cold areas and/or along exterior walls drip water, and watching for any drop in water pressure.

But alas, the Polar Vortex’s power was too great, and our precautions were futile.  On Friday morning, we awoke to no water in the house and a flood in a portion of our brand new basement.

A pipe had burst in the utility room, sending water flooding into the laundry room and the playroom.

Can you imagine the devastation I felt?  I was sobbing (like that deep, physical sob), and doing a really ugly cry.  It wasn’t one of my best days.

Thankfully, my husband is cool under pressure.  He shut the water off, and then we pushed water into an interior drain in the laundry room for almost two hours.  Despite our best efforts, the carpeting in the playroom was totally soaked through.

Fortunately for us (and honestly, I think by some miracle), our contractor came to our house by 8:00 am, with his plumbers in tow.  (None of the other plumbers I called could get to our house until later in the afternoon.)  By 10:30 am they had the pipe replaced, the toy storage units removed, the playroom carpeting pulled up and elevated to dry, and the padding underneath ripped out.

I now take back anything bad I ever said about our contractor.  All is forgiven.  He and his crew saved the day, along with my sanity.  I think I need to bake him some cookies or something.

While I really can’t believe that this happened just three weeks after we finally got our basement completed, I know that it could be so much worse.  We are truly fortunate that the flood didn’t spread farther than it did (we think the pipe must have burst around the time we got up that day), and to have had such good help in getting everything repaired and cleaned up.  (Although take a look at this – I don’t think the crew had much respect for my Children’s Art Gallery! hahaha!)

Then maybe I will be able to write you a real “before and after” post about my basement.  Just maybe. 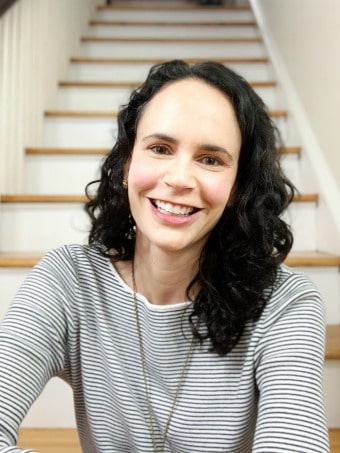 Hi, I'm Bre! Thanks for visiting my blog. I hope you'll find ideas to inspire your creativity and beautify your home. If this is your first visit, check out the Popular Posts tab at the top of the page to see some of the best of Average But Inspired!

Get the Weekly Newsletter! 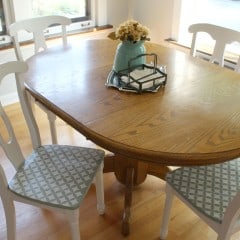 Thank you to Cutting Edge Stencils for providing the stencil used in this project and the prize to be awarded in the giveaway.  The project and opinions are all my own. One thing I love is giving a plain object new life and personality with a simple change.  Stenciling the seats of my beat up kitchen […] 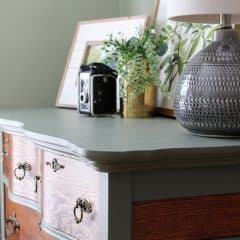 Have you ever had a vision of how something would look in your home – and you were convinced it would be awesome?  That’s what happened to me when I purchased this antique tall dresser in a Facebook resale group recently.  I knew it would be gorgeous in my living room (to take the place […] 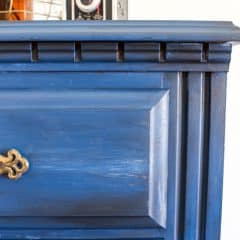 Several years ago I refinished my childhood dresser for use in my son’s bedroom.  I recently got the matching lingerie chest of drawers back from my sister, and I couldn’t wait to give it a makeover, too!  My son’s room has enough furniture already, so I decided to make over this piece for my husband […] 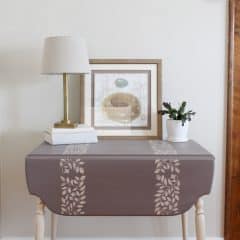 Several weeks ago my kids and I were driving when I spotted a table in the alley behind our church.  Like the dedicated furniture hoarder that I am, I immediately threw the car into reverse and backed into the alley to check it out.  It was an old drop leaf table that hadn’t sold at […]