In the crafting world, what is better than pom poms?  I mean, really . . . I know they are just tiny balls of yarn, but they’re so.darn.cute!  And the pom pom craft options are just endless.  You can add them to anything for a whimsical embellishment, or turn them into a creation of their own!  Whatever your pom pom preference, you’re sure to find some ideas you’ll love in this roundup of fabulously fun pom pom crafts! 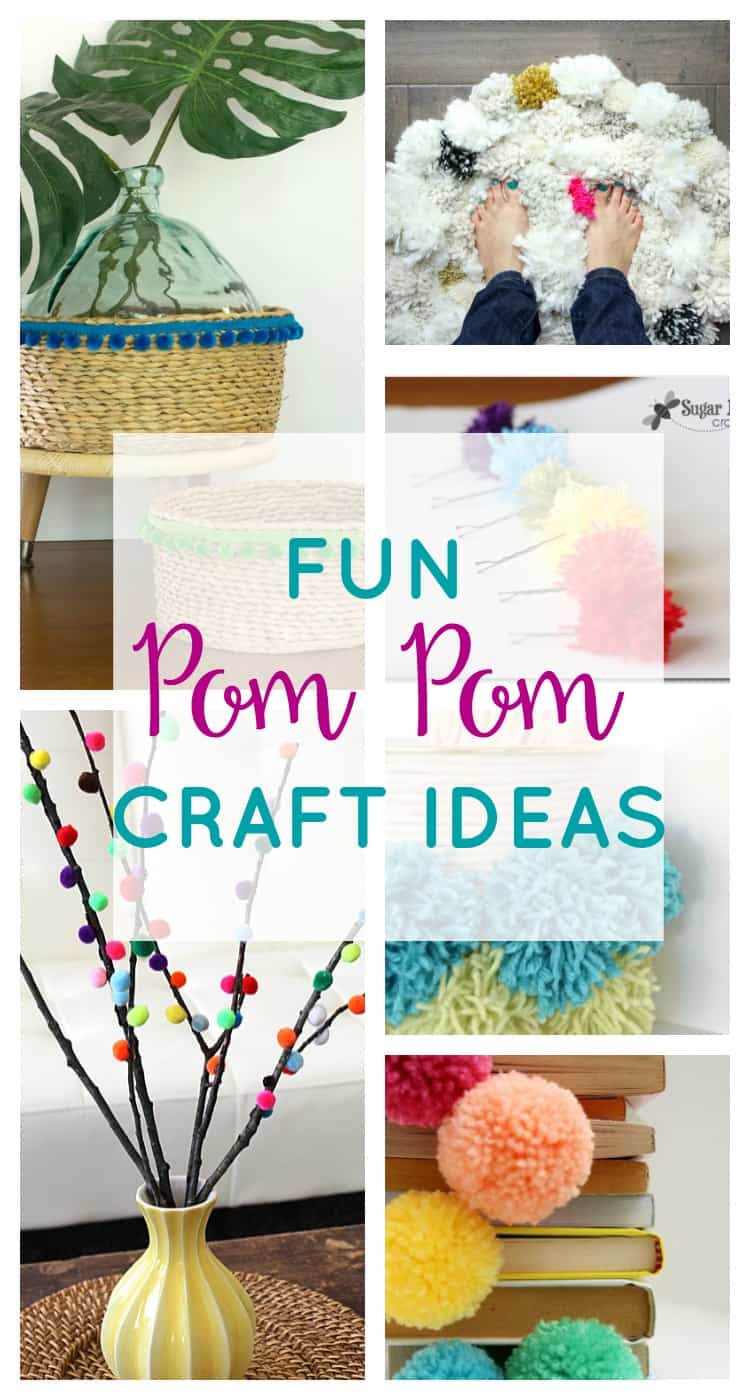 Just writing this post made me feel happy!  These projects are all so delightful.  If you see any that inspire you, please visit the source and pin from their post!  I know they’ll appreciate it!

Pom Pom Rug via Make and Do Crew 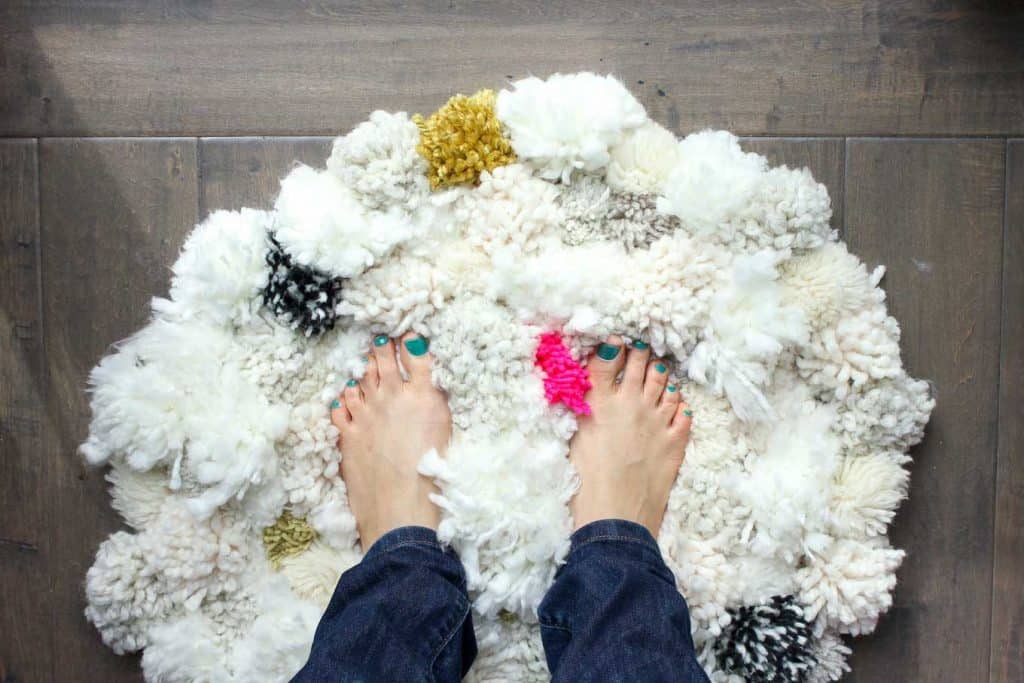 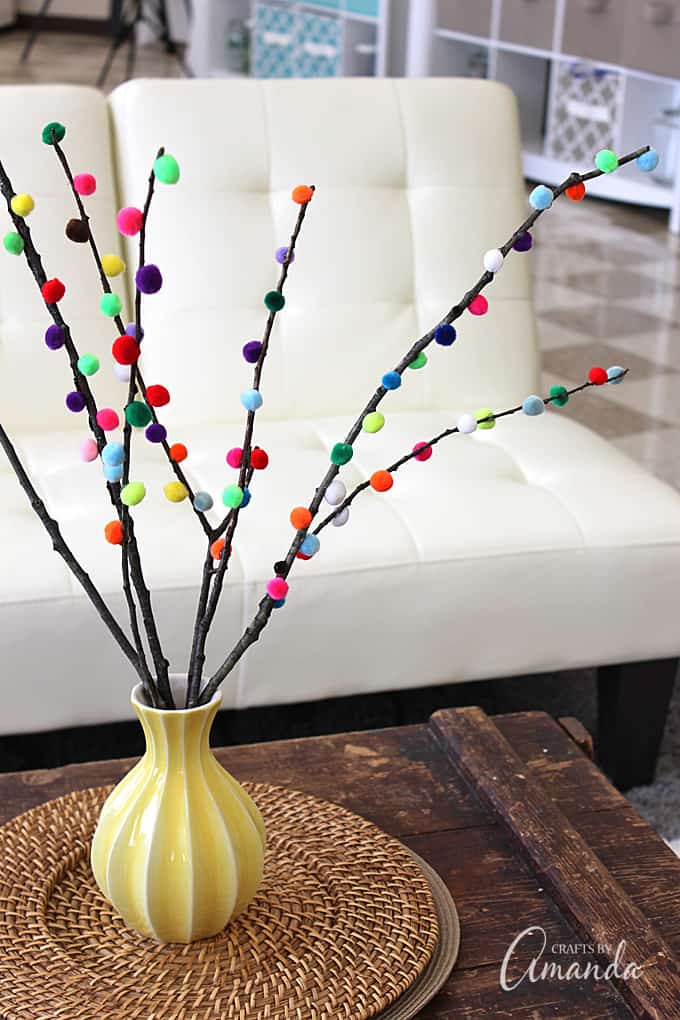 DIY Pom Pom Pillow via Making it in the mountains.

Pom Pom Bookmarks via Raising Up Rubies for Everything Etsy

So the question is, which of these pom pom crafts will be your next project?  You can make any of them with store bought or homemade pom poms, so get to work!
-Bre

YOU MAY ALSO LIKE THIS PEG DOLL FAMILY CRAFT PROJECT!

Last year I helped my sister give her original 1950’s kitchen a budget-friendly but impactful makeover – complete with new and painted cabinets, new countertops, and new flooring. She later decided she wanted to add a backsplash, but she wasn’t sure she wanted to spend the time or money to install a real tile backsplash. […]

I cannot explain to you how HAPPY I am that the weather is finally improving in Chicago.  Aside from being able to let the kids go outside and run around, I have been able to get some furniture painting done, which has given me so much joy.  Never in a million years would I have […]

Several months ago I shared my plans for a modern vintage bathroom makeover in my kids’ / hall bathroom. I totally dragged my heels on sharing the finished space. Why? Because my kids are messy little creatures who cannot keep this bathroom tidy. I had to clean it and photograph it in the same chunk […]